The Charm of Persia tour is an 11-day/10-night travel going through some of the most charming cities of Iran and their UNESCO world heritage sites. The tour starts and ends in Tehran covering the best tourist attractions of Tehran, Shiraz (including Persepolis and Pasargadae), Yazd, Esfahan, Kashan and Qom as well as historic cities of Abarkuh, Meybod and Nain.

Tehran: The Modern Capital of Iran presents a variety of scenery, history, and culture. This journey takes you to its core. There are great Palaces and Museums to enjoy in-depth like the Golestan Palace, including gardens, royal buildings, and a selection of Iranian crafts from the 18th century, and the National jewelry Museum, with a fine reflection of Iranian Art.

Shiraz: Shiraz is known as the city of poetry and roses. Get mesmerized by the lavish Eram garden with its aromatic myrtles and orange-scented Narenjestan in your city tour to beautiful Shiraz. Furthermore, Shiraz mosques are particularly different from other mosques. Cheerful colors have been used in the construction of these mosques. One of the most beautiful mosques in Shiraz is Nasir Al-Molk Mosque, which is known as the Pink Mosque.

Persepolis: A legendary city with two important Unesco World Heritage sites, Feel the power of the Ancient Persian Empire in the unique and breathtaking ruins of Persepolis.

Pasargadae: A different visit from all you have seen before. You can feel the power of the great ancient kingdom in Persian land while you are visiting the tomb of Cyrus the Great, in a lush and inspiring view of the area.

Abarkuh: a historical city constructed with numerous mud-houses and special wind towers that catches the wind, especially on hot days of the year. There, you will also wonder at the famous Cypress tree and Abarkuh Icehouse.

Yazd: A collection of finest Persian mud-houses throughout the historic alleys of Yazd, feel the fresh air while visiting different sites in this city such as Towers of silence, fire temple and Amir-Chakhmaq complex.

Meybod: delve into a mud-brick city and go back in time with a walk through the spectacular ancient sites of Maybod including Narin castle and historic pigeon towers.

Naein: Get through the mysteries of an old city with lots of historical monuments and a long history behind it. There you will see the third oldest mosque in Iran with Marvelous brickwork and many other attractions that it’s worth seeing. Nain Jame Mosque is one of the oldest mosques in Iran and its architecture belongs to the early Islamic centuries.

Isfahan: Discover the best collection of Persian architecture, beautiful landscapes and sceneries. You can enjoy a horse ride in Naqshe-Jahan Square, the main tourist spot in Isfahan, wonder at the magnificent mosques and also walk along the Zayanderud river, the heartbeat of Isfahan.

Kashan: experience a fine collection of flourishing gardens and traditional houses in your trip to a city that is one of the primary centers of civilization in pre-historic ages. You can enjoy visiting Fin Garden and also have the best kind of water roses as a souvenir.

Qom: Qom is considered holy in Shi’a Islam, as it is the site of the shrine of Fatimah bint Musa, sister of Imam Ali ibn Musa Rida. The city is the largest center for Shi’a scholarship in the world and is a significant destination of pilgrimage. 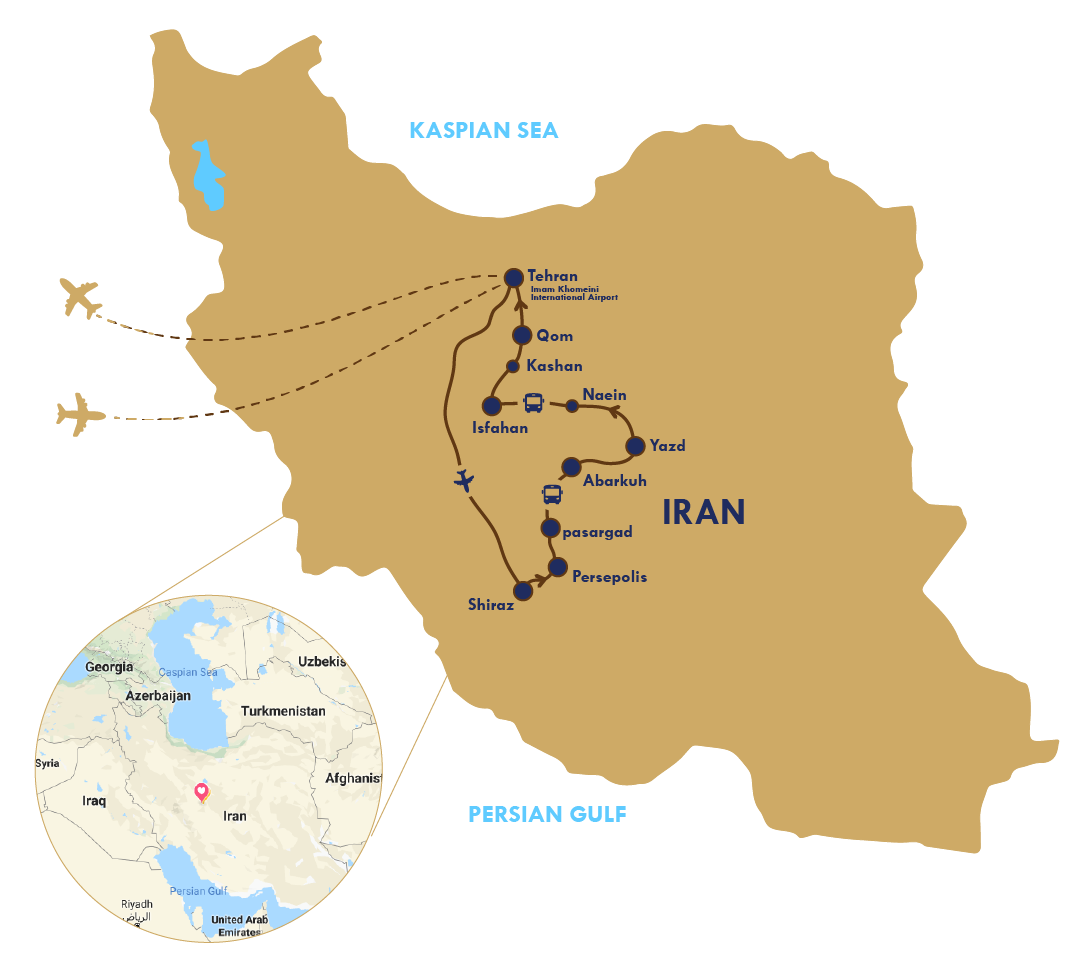 In the case you need an Int. flight, prices vary, due to the currency exchange rate

Take the flight to Tehran. Arrive in the capital of Iran. Meet at the airport and transfer to your hotel accommodation in Tehran.

Starting Iran tour by visiting the remarkable museums and palaces of Tehran:

Note: Jewelry Museum is just open on Saturday, Sunday and Monday, in case the trip coincides with another day, this museum will be replaced with Abgineh Glassware Museum.

In the morning take a flight to Shiraz (I hour 20 min).

Depart Shiraz towards Yazd, the bride of the desert.

On the way to Yazd, you will stop to visit:

Full day visit to the adobe city of Yazd and selected historical sites such as:

Take a stroll through the narrow alleys of the old city with traditional houses.

Depart Yazd towards Esfahan, the city known as the pearl of the orient. On the way to Esfahan you will stop to see:

A full-day tour of the beautiful city of Isfahan, the 17th century capital of the Safavid, referred to as Nesf-e-Jahan (Half of the World) in Safavid sources, to visit one of the world’s grandest squares.

Another full day of sightseeing in Isfahan:

Drive to Tehran stopping en route at the charming town of Kashan (215km) to visit:

Continue the route with another stop in Qom (112km) to visit:

After one final breakfast at your hotel, you will be met for your private transfer to the airport and your flight home. Leave Iran with sweet memories.

End of the journey 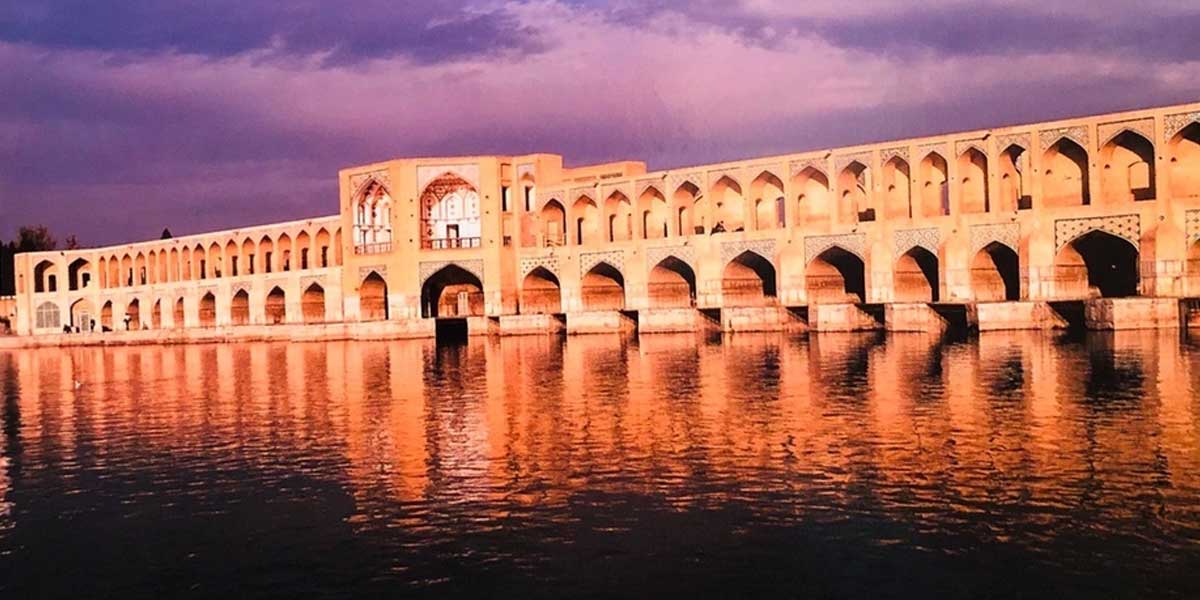 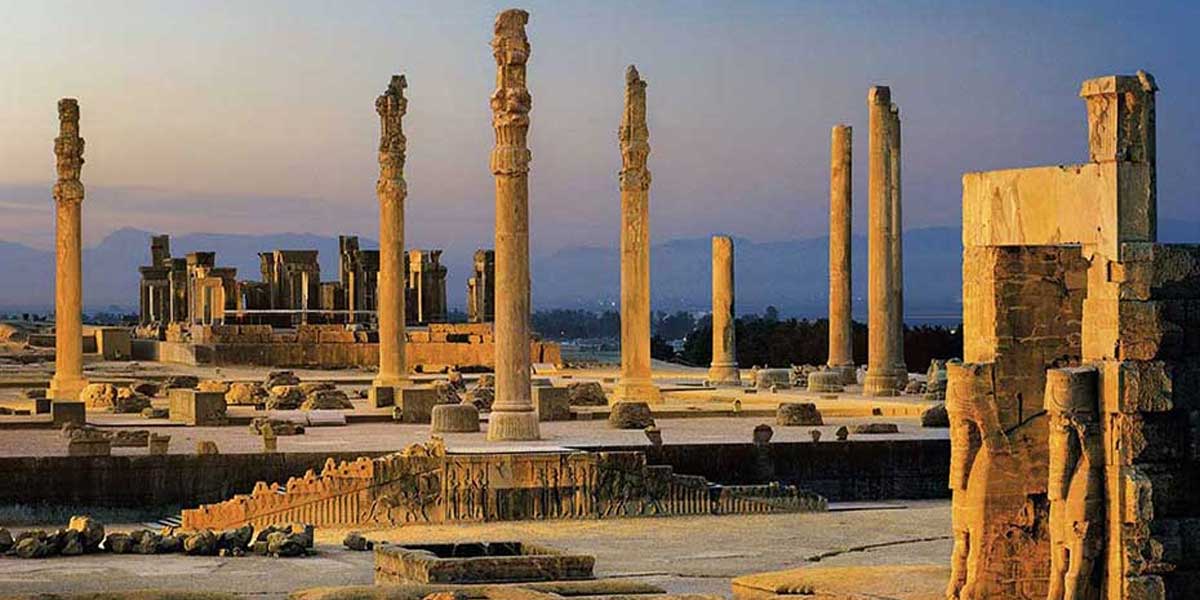 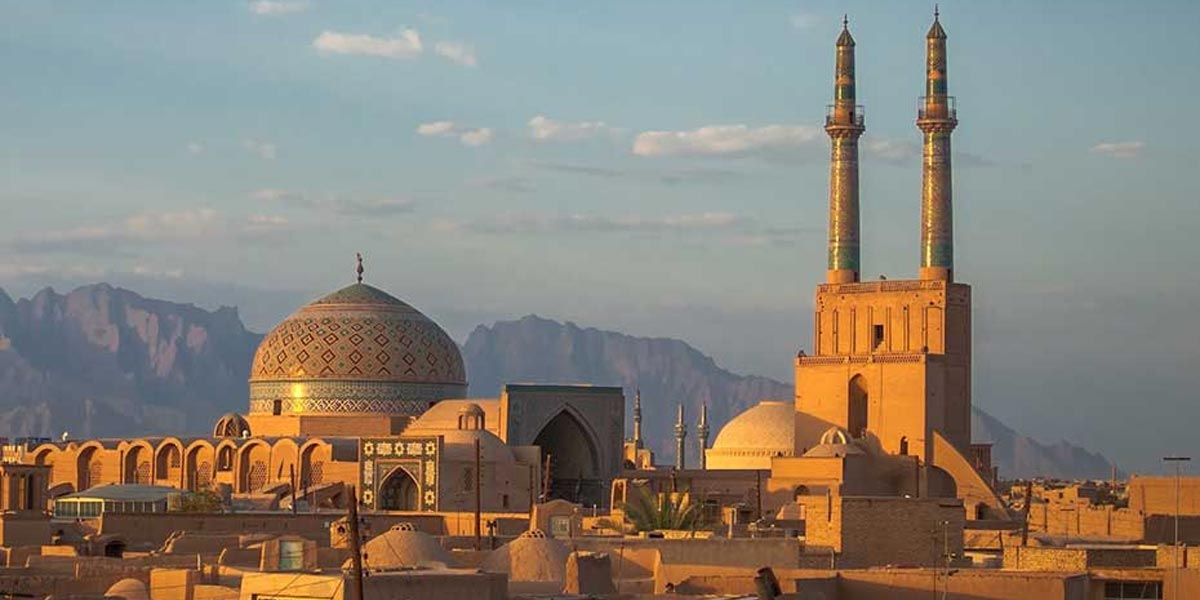 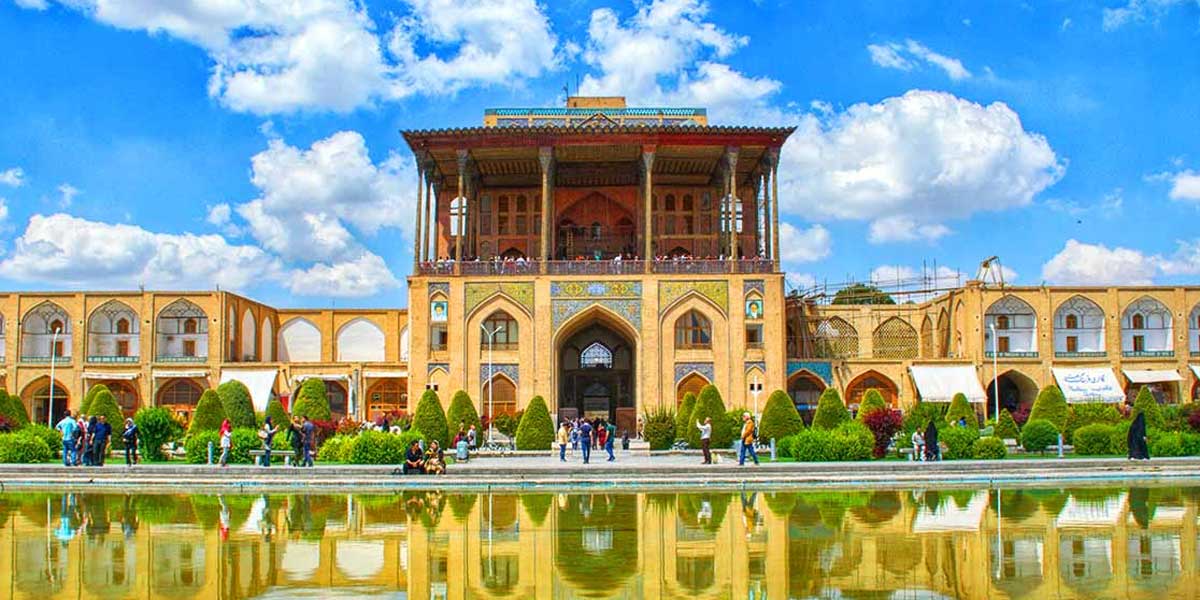 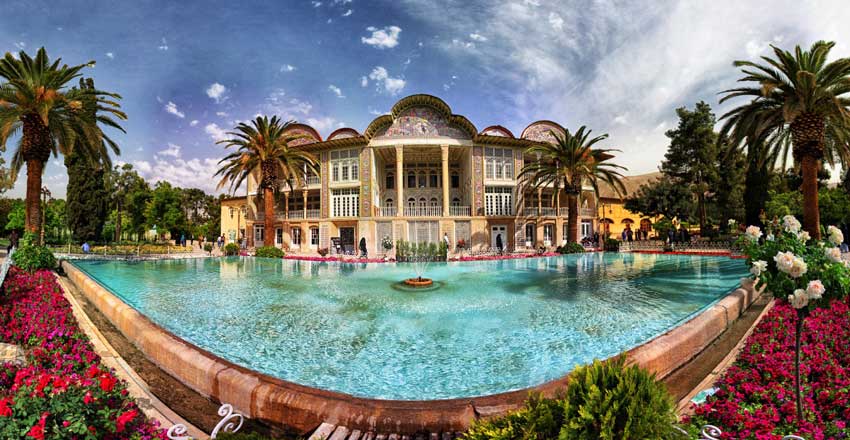 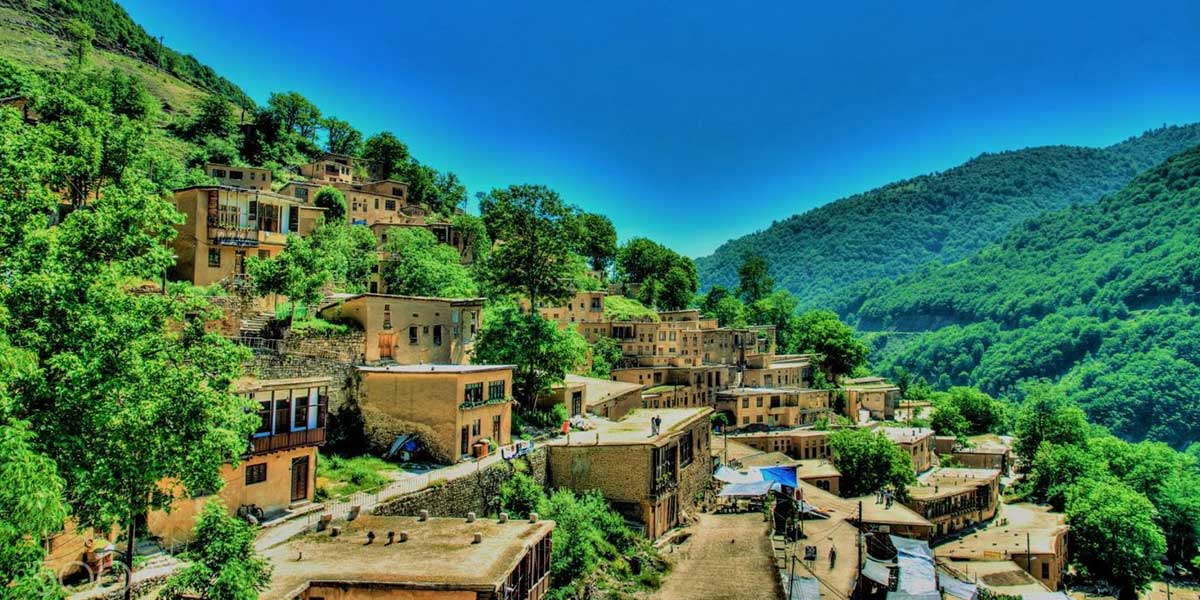 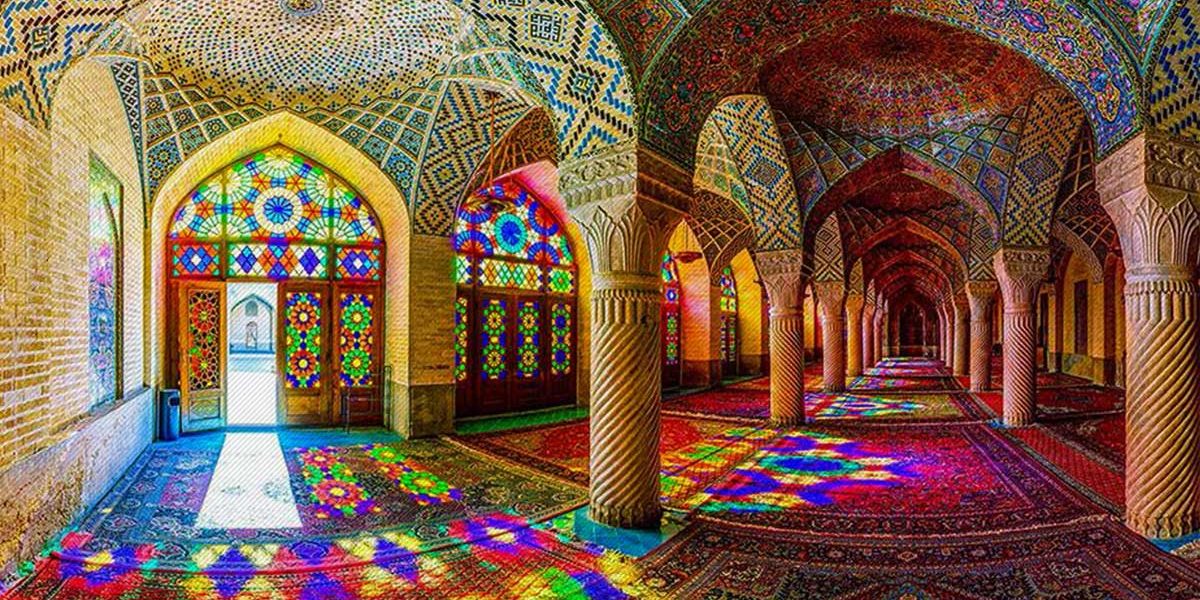