The Mystery of Star Valley 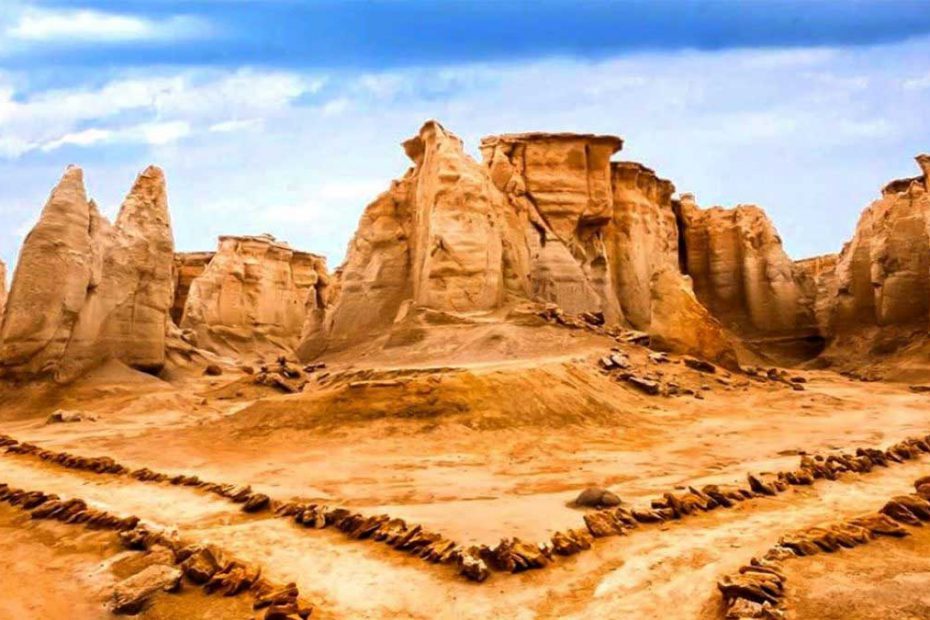 One of the most spectacular natural sites on Qeshm Island is the Valley of Stars. It features a series of majestic gorges and canyons that were formed over centuries by erosion. Wandering amid the valley is a magical experience, it’s like stepping into a Dalí painting! This geographical phenomenon has more than 2 million years old. It is one of the seven
wonders of Qeshm Ireland. Also, visitors compare Star Valley to Grand Canyon in the USA, not in case the size but case of landscape similarity. Also, you can feel like an astronaut! Some visitors of Star Valley say that being in this place is like as you are walking on Mars! Star Valley is located in a geopark that is unique in Asia. You can find absolute peacefulness mong these wonderful structures and have a little time on your own.
This fabulous site is located near Berkeh Khalaf Village, not far from the Town of Qeshm, the Star Valley is at present the most visited among all Geosites. The Star Valley is a unique example among all Geosites to study erosion. The local name for this area is “Estalah-kaftah” which means “the Fallen Star”. The reason for naming this area as such is that the locals believe that once upon a time a star (commit) has hit the earth at this site and as a result of this collision, the stones and soil have been thrown in the air and been frozen, forming these geological structures. There are also local beliefs regarding the presence of Ghosts and “Jinns” in this Valley during the dark which may be due to the unusual geological forms and wind blowing into the Valley at night. The geological morphology of this site is the result of erosion by rainstorms, wind and gravity on various layers. In areas where the geological structures are more resistant to erosion, they have remained intact, however in areas with softer geological structures, erosion has altogether degraded and vanished those parts. In the walls of this Valley, one can observe two different types of layers: A thick and soft layer of light color (beige or light grey) underneath a thinner layer of harder nature, in white or dark grey. The bottom layer due to its soft tructure usually gets eroded while the layer above because of having some kind of natural cement (limestone), is more resistant to erosion, protecting the whole structure. In areas where the upper layer is eroded, smaller canyon-like structures have been formed. In some areas within this Valley, geological structure in form of “Pillars” columns may be observed, some of which are needle-shaped. One of the factors which have caused these structures is rainstorm water that is in general seasonal, washing away in circles the soft parts of the geological structure, leaving the harder parts intact as pillars columns or needle shapes. The remnant of hard structures sometimes are “Hat-like” cap rock which almost protects the pillar column from further erosion, while the rest of the structure has been already eroded and disappeared. Various layers in this Valley are thus very vulnerable and fragile, some of them may not even tolerate the weight of a human being. Thus stepping on geological structures could be very dangerous as they might fall apart. Despite a harmonious strong appearance, some areas are critically soft and vulnerable as the
bottom layers have already been emptied by erosion. Please note that although by stepping on these structures they do not fall apart right away, the upper layers may get thinner and more fragile by trembling and as a result of narrow cracks these geological structures may get degraded more easily in the future. Thus, avoiding to walk on top of the structures overlooking the Valley may help in protecting this geological heritage for future generations to observe. If you are in the beautiful and colorful island of Qeshm, do not miss the opportunity to visit this mysterious and breathtaking Valley. And do not forget to bring your camera. This place is one of the most picturesque spots on the island and also Iran. If you are lucky enough, you might have the chance to see the meteor shower during your visit to Star Valley. It is worth to mention that if you want to stay at night in this place you have to get some certification from Qeshm GeoPark Management authorities, so it’s better to travel with Iranian travel agencies.
To reach a Star Valley, you have to travel about 5 kilometers to the south of the island till you reach Berkeh Khalf Village. From this village, you will find a dirt road that will take you to Star Valley.