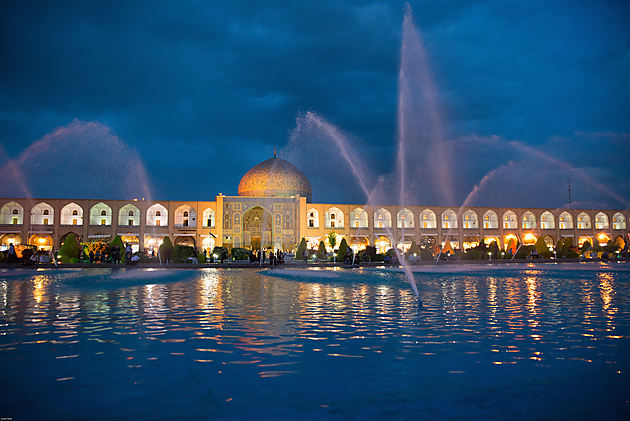 🔸Sheikh Lotfollah Mosque is another precious Safavid gem built between 1602 and 1619 upon the order of Shah Abbas the Great. It is located on the eastern side of the square.

🔸Sheikh-lotfollah or The Ladies Mosque was built for Shahs’s harem with a brightly colored domed ceiling, where the light creates a peacock image. Unlike the Shah Mosque, This mosque was a private mosque for the royal family, for this reason, the mosque does not have any minarets and is smaller.

🔸Shah Abbas also ordered an underground way between the palace and the place of worship. This lets the women of his harem secretly make their passage to the mosque without being seen by the strangers on the square. This mosque was built by the architect, Mohamadreza Isfahani and its marvelous calligraphies were written by the best calligraphists of Safavid dynesty, Ali Reza Abbasi and Bagher Banna.