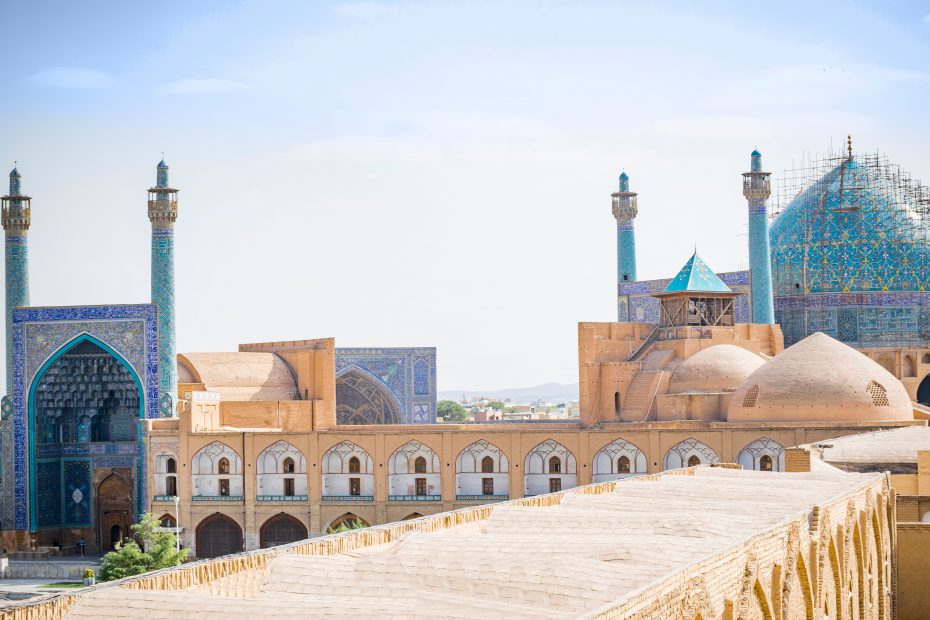 🔸 Jame Abbasi Mosque is also known as the Royal Mosque and the Shah mosque. Shah Mosque is the most significant historical mosque in Isfahan and one of the mosques in the Naghsh-e Jahan square that dates back to the Safavid era.
🔸 The elegant mosque has a great dome chamber on the south porch that is the most significant part of this monument. The iconic blue-tiled mosaics and its impeccable proportions of the mosque forms a visually striking view.
🔸 Jame Abbasi is a four-porch mosque which follows a pattern derived from ancient Iranian architecture that was employed in mosques and schools to take the most advantage of a natural temperature in all seasons based on Iran’s four-season climate.