Khansar the most beautiful city 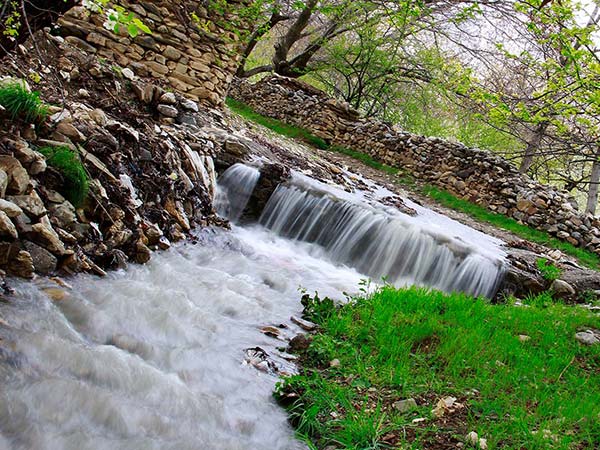 Khansar is a city and capital of Khansar County, Isfahan Province, Iran. Khansar is located in a place not far from central desert of Iran and just 150 km from Isfahan. It is 900 square km and situated in central part of Iran surrounded by Zagros Mountains. (Mount of Khansar). Khansar is governed by Ostadrahimi.

Dialect or Khansari language is a central Iranian language and a branch of Indo-Iranian languages. UNESCO’s organization has declined this language due to the sharp drop in speakers as a result of immigration from the city.

Khansar people do not have a special dialect, but they have an independent Khansari dialect, which has a root dialect in the old Persian language and has been prevalent in the city since the time of Islam.

There are documents about the migration of a handful of Jews during the time of Cyrus II to Khwansar and their history, which are now held in the city of Hamedan. These documents represent the historical background of Khansar. Immigrant Jews lived in the Jhoda area (Judea), and left the city before the 1979 Iranian Revolution.

The history of this city dates back to the time of Islam, including the works of this age, the evolution of the name Tir, and also a temple called the temple located in the mountain range near the village of Tidjan, and finally the stone of the grave containing information to the Pahlavi line, and in The village of Ghodzhan has been found.

According to some writings, the city dates back to the time of Alexander, it is believed that Alexander was passing from this place when he was going to Isfahan, and one of the squares of Alexander and Darius III was in the area between Khansar, Qa’rud and Isfahan, where Darius was defeated in this war. .

At the time of the Afghans attacking Iran, Ashraf Afghan was planning to seize the army with the army, which after confronting the people’s resistance, defeated the blockade and dissuaded them.

Khansar was located in the territory of the Umayyads, Abbasids, Taherians, Safariyids, Dalimians, Seljukis, and Khwarazmshahians after Islam. In the early seventeenth century, the Mongols opened up the area and caused a lot of devastation. After them, Timorlang invaded Iran’s center, including Khansar, and plundered and massacred. During the Safavid period, Khansar was one of the major centers of science, literature and industry. Due to the special attention of the Safavid kings to this city, handicrafts and workshops in the city flourished, workshops such as the workshop of oil drainage, chittafahi, pottery, waxing, carpet weaving, spoon making, milling, and also the construction of Maryam Beygum Safavid school by the wife of Shah Tahmasb Promotes cultural development of Khansar.