A Glance of Persia I

Arrival to Shiraz at the midnight and transfer to the hotel. (the hotel is booked one day before)
After some rest, will start the visits. Visited points: Nasir-al mulk mosque (known as Pink Mosque), Narenjestan Garden, Vakil Complex (mosque, Hamam and Bazaar)

drive to Bishapur (about 140 km) to visit the Sassanid dynasty’s capital in 250-650 ad. For the afternoon visiting the tomb of Hafiz (the famous poem of 14th century in Iran) and the shrine and mosque of Ali-ibn-Hamzeh. Accommodation in Shiraz.

drive to Isfahan. (about 350 km) on the way visits of Narin Qala (Narin Citadel) in Meybod, the Caravanserai of Safavid dynasty and the ancient Jameh Mosque of Naeen. Accommodation in Isfahan.

Isfahan City Tour, it is well known as the Half of the World in its flourish days in 16th and 17th Century. Visiting the second largest square in the world: Naghsh-e Jahan Square with its belonging unique monuments: Jameh Abbasi Mosque, Ali Qapou Palace, Sheikh Lutfallah Mosque, the Persian garden of Chehelsotoon Palace and the Bazaar.

Continuing the visits in Isfahan visiting Jame Atiq Mosque, Hasht Behesht Palace, Vank Cathedral (the Arminian church) and the Music Museum. For the afternoon visiting historical bridges in Isfahan; Si-o-se Pol and Khajou. Transfer to the airport for the departure flight. 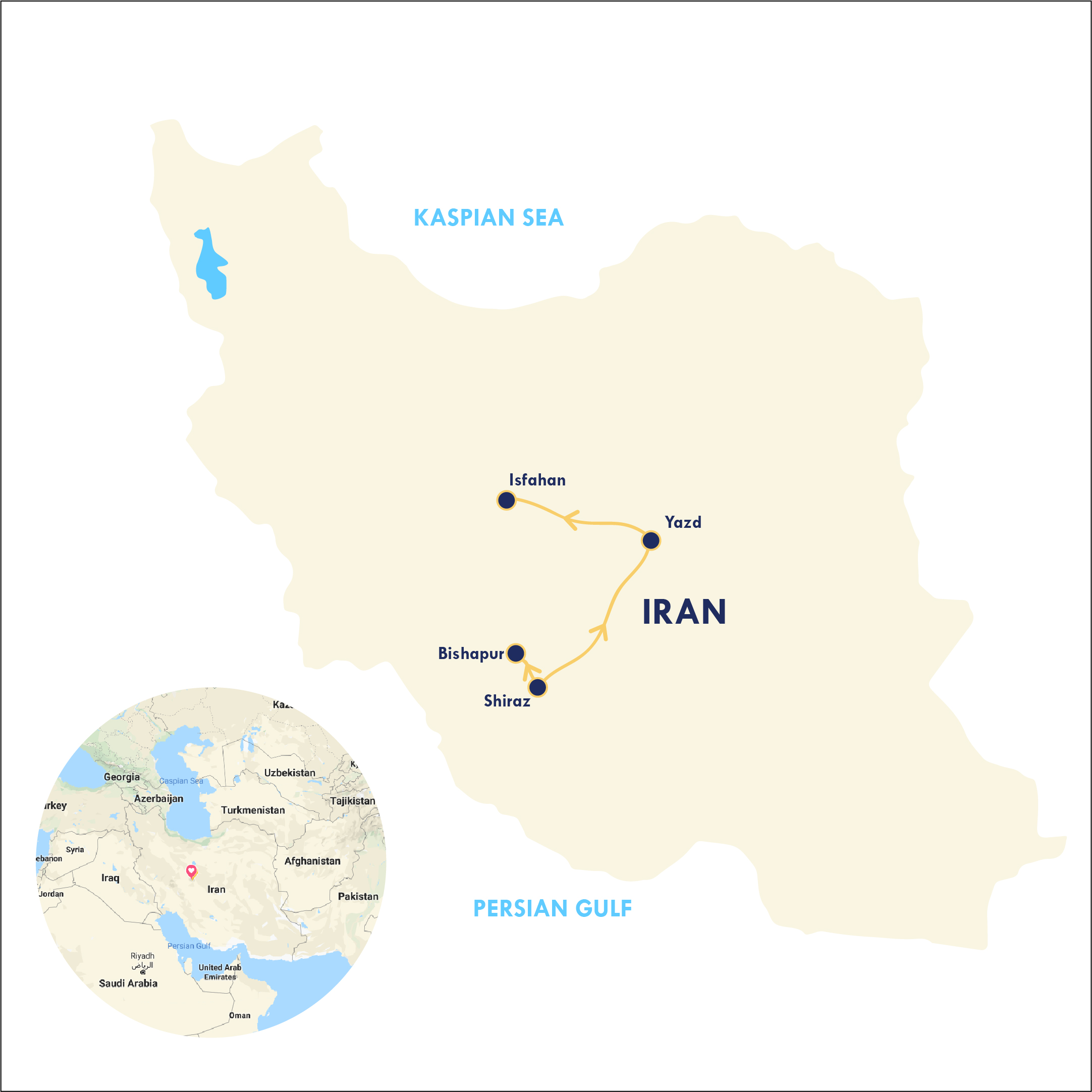